• Representing our company in your college/university and working behalf of the company. • Create awareness among students about the event organized by IFORTIS CORPORATE • Approach your university’s higher officials regarding the event and make students register for the event through them. • Working on achieving weekly sales targets of interaction and closures.

IFortis Corporate has grown into one of India’s leading Corporate. In its infancy, IFortis was in the business of IT Services & Marketing Services. As time evolved, dependence on the technology began to hinder IFortis’s ability to guarantee competitive pricing and provide innovative services. IFortis also noticed the lack of communication that had become an industry standard. As a result, a strategic decision was made to set up its own headquarters in India in order to better satisfy the needs of IFortis’s customers. Based upon demographic and geographic research, IFortis chose Sivakasi, India, as the location to begin it’s facility. As time went on, IFortis’s principals of transparency, timely communication, quality of services and competitive pricing allowed for significant expansion. As a result, IFortis is now one of India’s leading corporate. 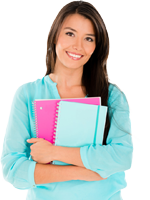